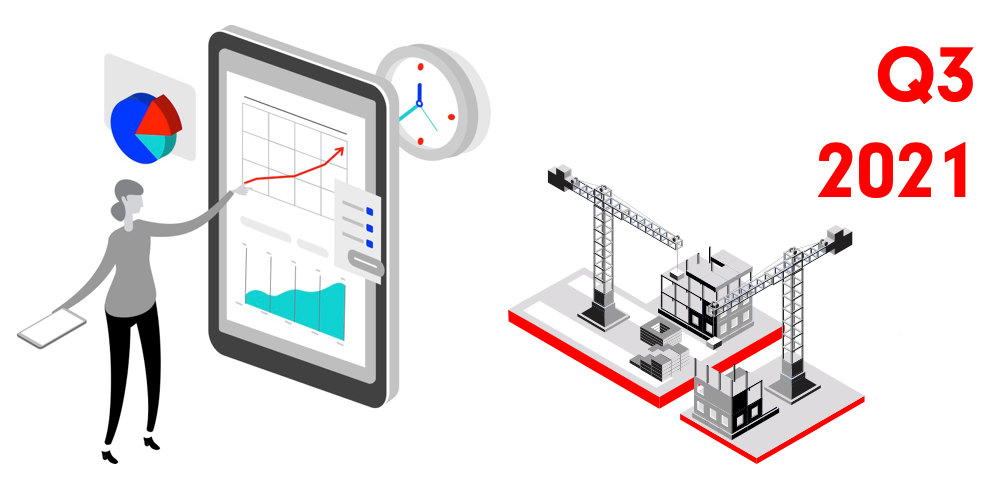 Project proposals for both building and civil categories have largely picked up in Q3 2021. Despite lockdowns that were imposed, early-stage building projects are making a sharp turn upwards in most sectors. Residential is the leading contributor for the building segment performing remarkably well and supporting the widespread demand in the country. The growth in other categories is notable as well, and some are fuelled by high-value projects.

Many states are expected to strengthen their pipelines beginning with NSW and ACT, which has rebounded from a slump in previous periods. Also on the upside, QLD is sustaining the upturn in investments, SA has reversed its trajectory, and WA is exhibiting a surge largely due to the Western Green Energy Hub (PID 249291017).

The robust outcome in the civil sector is brought on primarily by the utilities category. The investments in renewable energy keep rolling along highlighting the need to address supply concerns and meet reliability standards.

The NSW Central – West Orana REZ Transmission Project (PID 256201017), part of NSW Government’s Electricity Strategy and Electricity Infrastructure Roadmap, is a major investment that will facilitate the distribution of electricity from new sources.